The History of Santa Maria 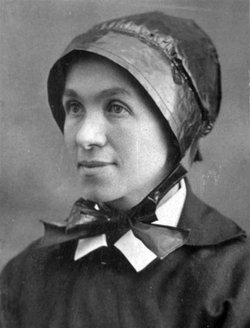 “With $5 ‘seed’ money and the taming of the West under her belt, a little Italian nun set out in 1897 to see what she could do to lick the Cincinnati Basin’s problems. Her name was Sister Blandina Segale, and if Cincinnati has forgotten her, it has forgotten one of its most colorful figures, and founder of what is now Santa Maria Community Services” (excerpt from The Cincinnati Enquirer in 1975 by Rosemary Davis).

The Sisters of Charity established Santa Maria in 1897 as a settlement house to serve Cincinnati’s Italian immigrant population. Beginning in the 1940s, the primary service population shifted to the new immigrants to Cincinnati, the people of Appalachia. In 1972, Santa Maria became a private not-for-profit. Today, the original Appalachian families, their descendants and African Americans comprise a large segment of Santa Maria’s service population. Since the mid-1990s, a rapidly growing Hispanic/Latino community is making its home in Price Hill, and Santa Maria has assisted this population since 2001. Santa Maria provides services to more than 2,500 individuals and families annually.

To learn more about what Santa Maria does today, please visit Our Services page.

1916 – Santa Maria becomes a member of the Council of Social Agencies (predecessor of the United Way).

1941 – Large numbers of families arrive from Kentucky and Tennessee, seeking employment in the war plants. Services change emphasis from Italians to the people who migrated from Appalachia. Many of the Italian families who received help in Santa Maria’s early years take on new roles as volunteers and donors to help support Santa Maria’s continuing service.

1969 – A storefront office opens at the top of Price Hill at 3114 Warsaw, with part-time workers offering services to families and youth.

1982 – Board of Trustees forms the Development Board.

1988 – With funds from the City of Cincinnati, the Sedamsville/Riverside Center opens to provide community-based services in isolated neighborhoods.

1990 – Santa Maria focuses attention on substance abuse through the Appalachians in Recovery program.

1998 – The Santa Maria Endowment Fund, with a matching gift from Bank One, is established.

1999 – Santa Maria becomes one of the first agencies to contract with the Every Child Succeeds initiative, providing intensive home visitation services to first-time parents. Agency administrative offices move to the Sedamsville facility to allow for expanded programming at the East Price Hill Family Center.

2000 – A major renovation of the Lower Price Hill Family Center is completed. Conversion to the United Way outcomes model for program evaluation is successful.

2009 – The International Welcome Center opens and assists immigrants with adjusting to life in the Greater Cincinnati area through ESL classes and other programming.

2012 – Literacy Center West merges with Santa Maria and offers GED preparation to all in need and job-readiness training to 17-21-year-olds at no cost.

2014 – Santa Maria adds the AmeriCorps Project Advance program, a national service program that provides full and part-time opportunities for participants. Participants work to serve their communities and increase the capacity of nonprofit organizations to meet local educational, health care, and other social service needs. Santa Maria receives the Agency of the Year award from the Alliance for Immigrant Women/YWCA. Santa Maria launches Healthy Homes: Block by Block, an academic-community initiative co-created by Cincinnati Children’s Hospital Medical Center that aims to build a neighborhood-based network to reach every block and support the needs of every household with young children and pregnant mothers in Price Hill.

2015 – Santa Maria’s President and CEO. H. A. Musser, Jr., is recognized as one of 100 United Way heroes as part of their 100th Anniversary celebration. Santa Maria receives the Agency of the Year award from the National Association of Social Workers; Santa Maria works in collaboration to develop the Homestead Program which provides homeownership opportunities through non-traditional lending methods, including offering homes to consumers refurbished through Price Hill Will and the Port Authority. The agency participates in screening families for need and income eligibility.

2016 – Santa Maria establishes the Joe Williams Family Center to house its Youth Development program. The facility is provided by Community Matters and renovated through the Cincinnati Reds Community fund’s 2016 “Community Makeover” in partnership with P&G, the Cincinnati Zoo and Botanical Garden and additional partner agencies.

2017 – Santa Maria becomes a Mission Asset Fund Lending Circles partner, which works to improve the financial stability of families in low-income communities. Santa Maria establishes the STEPS (Supporting Transitions to Employment for Parents) coaching program to support young mothers moving toward the workforce by setting goals toward greater economic success; Santa Maria’s Healthy Homes: Block by Block program expands its services to individuals outside of the agency’s clientele and establishes a separate nonprofit while working in close partnership with Santa Maria.

2018 – Santa Maria adds an annual fundraising event, The Sharing Table, a community dinner focused on raising awareness about childhood poverty in the region.

2020 – When faced with a global pandemic, Santa Maria quickly pivots to serve clients remotely where possible. Although its annual fundraiser and most program events are canceled, Santa Maria is able switch to virtual classes, programs and fundraisers. Clients are serviced through porch drop-offs and videos rather than in-person home visitors.

2022 – Santa Maria celebrates its 125th anniversary with a year of special features, events and celebrations. The Sharing Table makes a triumphant return after being canceled for two years in a row due to the COVID-19 pandemic. On November 3, 2022 Santa Maria hosts a birthday party at the American Sign Museum. Santa Maria receives two 2022 Greater Cincinnati Nonprofit of the Year Awards from Cincy Magazine in the categories of After School Programs and English as a Second Language.